Get fresh music recommendations delivered to your inbox every Friday.

Fall of the Titans 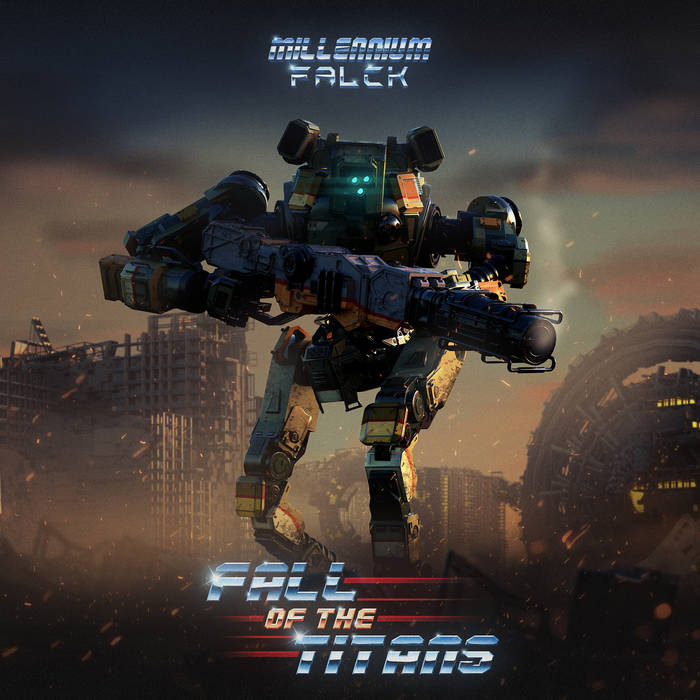 Andre of Neaon Straight from the Prologue, this gives me a real "Jeff Wayne but it is not 1978 anymore" sensation. Irresistible. Favorite track: Prologue.

Bronster Bridge
Great story! This is not just a concept album, it is a real universe transmitted through a beautiful symbiosis of an audiobook and a soundtrack. Music, coupled with lyrics, easily creates a visual series.
The voice part is perfectly intertwined with the music throughout the album. The story itself is not lost.
Objectively, listening to the album, I was immersed in the Battletech series, namely the once very popular game Mechwarrior.

owlman000 I congratulate everyone who worked on this story, it is very well written, with a good story that grabs you from the first moment and leaves you with the intrigue of knowing what will happen nexts. (Mars Aeternum)

Fall of the Titans is story driven audiobook/music album from the visionary composer Millennium Falck. Millennium Falck has created an original story into his Neo Helsinki universe that will take the listener to the planet Mars where Neo Helsinki Robot Core and Hellraiser Militia wage a bloody war over quartz.

Fall of the titans feature a 20 track story that you can immerse yourself with + 14 amazing voice actors delivering a powerful dimension to the story.

Driver, your Robot Core is waiting. Step in and let's see if you have it what it takes to command a Robot Core Unit.

All persons that purchase the album will receive a PDF booklet on the official release date which is 20.04.2021.

PDF booklet will have the full story with additional art and background information.

Special thanks to Respawn entertainment for creating the amazing Titanfall game series which has brought me so much joy during the past years. This whole album was inspired by the game and this is my appreciation for the whole Titanfall scene.

Streamers: Titanfall community has been an amazing bunch of people. Especially Judge Rekt, Eyeless Rook, Owlmann, Iniquity, The Flying Tea Cup, BubbyShuckTF, AstraeusTF and many others who make amazing content by streaming the game. Thanks for being a warm community.

This whole album has been my escape from corona and the craziness. Each night I've ventured into the future and seen the massive battles on Mars. I'm happy of the outcome and hope you enjoy your trip to Mars in the year 2060.

It’s time to beat the Kessel run in less than 12 parcecs. Buckle up, baby!

Bandcamp Daily  your guide to the world of Bandcamp

Little Brother joins the show to discuss their beautiful journey, plus tunes from Fat Tony